Laws of the Universe

I am a physical scientist, and I spent 30 years of my life as a professor. One thing I observed is that most scientists are comfortable only when talking to other scientists. Those who are also professors spend substantial time training more scientists with whom they can be comfortable. There are a few who are interested and able to talk with the “uneducated.” I have now been retired for a number of years, with time to think about what we know and what we don’t know. My current objective is to give non-scientists some understanding of our world.
First, I should introduce myself. Most of my ancestors were in the United States by about 1800 and, so far as I know, all were farmers and blue-collar workers. My maternal grandfather spent one year in college, but, to the best of my knowledge, I am the first of my line to graduate from college and certainly the first to graduate with a PhD degree. (I do have one uncle who graduated from college and three aunts who were nurses.) When I graduated from High School my expectation was to spend my life as a farmer.  I dreamed of going to college, but neither my father nor I had the necessary resources. It would probably have been a mistake to have gone immediately to college anyway. Three years later life began to turn, and my dream became reality. After another nine years I officially became Dr. Harter, with expertise in Soil Chemistry.
One thing you should know about scientists – ‘fact’ is not in their vocabulary. Or, perhaps, it shouldn’t be! Occasionally the word might be used for personal or financial reasons. Most basic concepts have been known for decades and, in many cases, centuries. Our job, then, is to refine what we know, better understand it, and to make sure previous research was valid. The basic agenda is to work from theories, or hypotheses. No hypothesis can be satisfactorily proven true, but it can be proven false, so this is the basis of scientific work. Our hypothesis upon which a research program is: “If (A) is true, then (B) must be true.” We might feel that (A) is correct, but the research must be set up to test the truth of (B). We can never prove the truth of either (A) or (B), so additional tests are designed for (C), (D), (E), etc. until a convincing number are shown not to be false. At that point it becomes believed that (A) is probably correct, and often taken as being a fact. It can never, however, be considered a proven fact. Any time a correctly designed research study  proves the test theory false, the theory explaining (A) MUST be discarded and a new theory developed to explain the new information. This must happen regardless how long (A) has been accepted as true. Discarding a known ‘fact’ is not always easy. The earth was once thought to be flat, and center of the universe. As societies developed, and related hypotheses developed to explain observations, a flat earth made less and less sense, so was discarded. Yet, there are still a few people who are certain that the earth is flat. Likewise, as the understanding of our relationship to heavenly bodies became increasingly understood, this center of the universe ‘fact’ had to be abandoned. Any person who questioned the accepted position put himself at risk. Those who said the sun was actually the center were considered heretics. They were kicked out of the church, at best, and hung, beheaded, or burned at stake at worse.
The human nature is such that we need facts for a sense of security, and scientists are human (believe it or not!). It is only in scientific research that ‘fact’ is (or should be!) forbidden. There are facts in our lives, many of which we have actually defined. For example, mathematics is full of facts, because we have defined them as facts. Base ten has been defined as fact for counting and calculating. Addition, subtraction, multiplication, and division were created for working with numbers – all and their functions are facts. All geometry and calculus functions are facts using these four functions. Computers must count using base two – they can only handle 0 and 1. (Printout, however, must be in base ten, because only computer programmers can think in base two.) Another group of facts: we use wood for building many things – fact. Wood comes from trees – fact. Trees grow from seed – fact. Seed is a fact and we can pretty well describe it, but to understand how it works is getting into science and theories – no facts.
This is how it works. Anything we create or define can be considered facts, because their existence was either created or defined by humans. Whether organic or inorganic, anything relating to things we have not actually created can never be considered factual, because we never completely understand formation and existence. In some cases, we can’t even study it, but are limited to observing related phenomena and, from that, create an appropriate theory. Those theories are most at risk of being discarded when related testable theories are shown to be false.  There are ‘facts’ today which are on thin ice, and are being held up people who support their hypothesis for personal reasons.

There are many ways to get away on a tour vacation. Birding tours are usually among them, although they are seldomly among the featured tours. Simply enter “bird” in the search block to identify these tours. In addition, there are often opportunities to add personal bird watching to open air tours. 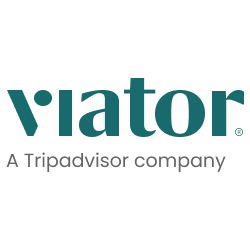 8-Day Baja Bird Watching Adventure
Baja California, Mexico
http://shrsl.com/1h1vx
Traverse the peninsula on this fully-guided multi-day exploration of an array of birding habitats. Visit landscapes ranging from mountains and sand dunes to the largest wetlands on Baja’s west coast. Baja is home to hundreds of local and migrating bird species.

Isango offers a variety of tours all over the earth, a number of them being bird tours. 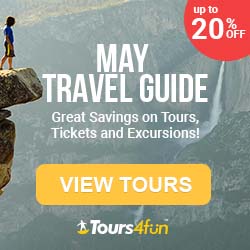